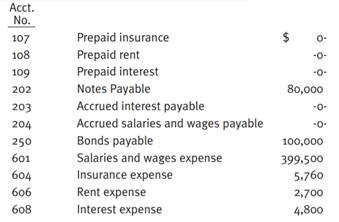 The following additional information is available:

1. A three-year insurance premium was prepaid on January 1, 20X1.